In June of 2017, teachers at Lakefield College School involved in the Grade 9 program embarked on an exciting venture. Together with Advising curriculum writers and Leadership, Character, Values (LCV) leaders, they set out to determine how Lakefield could provide Grade 9 students with more authentic learning experiences.

The teachers represented five different disciplines—science, math, French, English and outdoor education. Their goal was to enrich their students’ learning by seamlessly integrating various aspects of LCS education with the academic program. They hoped not only to integrate their five courses, but also to weave nature, THRIVE (health and well-being) concepts, and LCV themes into Grade 9 classes. It was a daunting task. But after half a dozen meetings that summer, the group was ready to put interdisciplinary learning into practice.

Grade 9 was the focus of the integration plan because with only 60 students, who all take the same five courses, it was the most manageable grade to begin with.

Two major events—that all Grade 9s would attend—were developed for the fall and the spring. The events would incorporate as many subjects as possible, and the second culminating event would take place outdoors. To maintain integration between courses on a daily basis, all five subjects would be taught with a common theme in mind: “empathy” in the fall, “communication” in the winter and “challenge” in the spring. The themes were reinforced in the new Advising curriculum written for Grade 9s, as well as the Leadership, Character, Values programming.

In the fall term, the major integrated event involved taking all the Grade 9 students to the Ontario Science Centre in Toronto and attending a play at the Princess of Wales Theatre. The fall theme was “empathy,” and in English classes the Grade 9s studied the novel The Curious Incident of the Dog in the Night-Time, a highly empathetic story about a boy with an autism spectrum disorder. Christopher, the fifteen-year-old protagonist, loves the stars and constellations, and in science the Grade 9 students were studying space and the solar system. At the Science Centre they went to Mars on a virtual spaceship, encountering hair-raising challenges along the way such as a fire or running out of fuel. Managing the emergencies as a team honed their communication skills—the theme for the upcoming winter term. In math, Grade 9s studied ratios, which they practised in science class by using ratios to model the solar system based on planet surface areas or volumes. Grade 9 teachers Diane Rogers and Tim Rollwagen are hoping math and science could eventually be taught in one block, with math bolstering science comprehension and science providing an engaging way to practice new math skills.

At the Princess of Wales Theatre the Grade 9s saw the stage performance of The Curious Incident of the Dog in the Night-Time. The highly imaginative, award-winning production allowed them to enter Christopher’s mind and see through his eyes. It greatly increased their empathy for Christopher and enhanced their understanding of the story. Seeing the play had the added benefit of bringing drama, dance, music and art into their study of the novel.

The second major integration event was a canoe trip to Kawartha Highlands Provincial Park in May. This incorporated multiple learning experiences: living in the outdoors; viewing constellations and planets in a pristine sky; reading an historical novel involving local Lakefield areas; learning survival skills—and being challenged in ways many students had never imagined. The first day, along with canoeing, each student had to do four portages (carrying all their gear and canoes) uphill to reach their campsite. The spring theme was “challenge” and Andrew Johnston ’95, the outdoor education teacher who organized the expedition, made sure there were plenty of challenging experiences. Indeed, the students were able to exercise many of the character strengths they’d learned about in advising and LCV, such as enthusiasm, persistence, bravery—and humour. 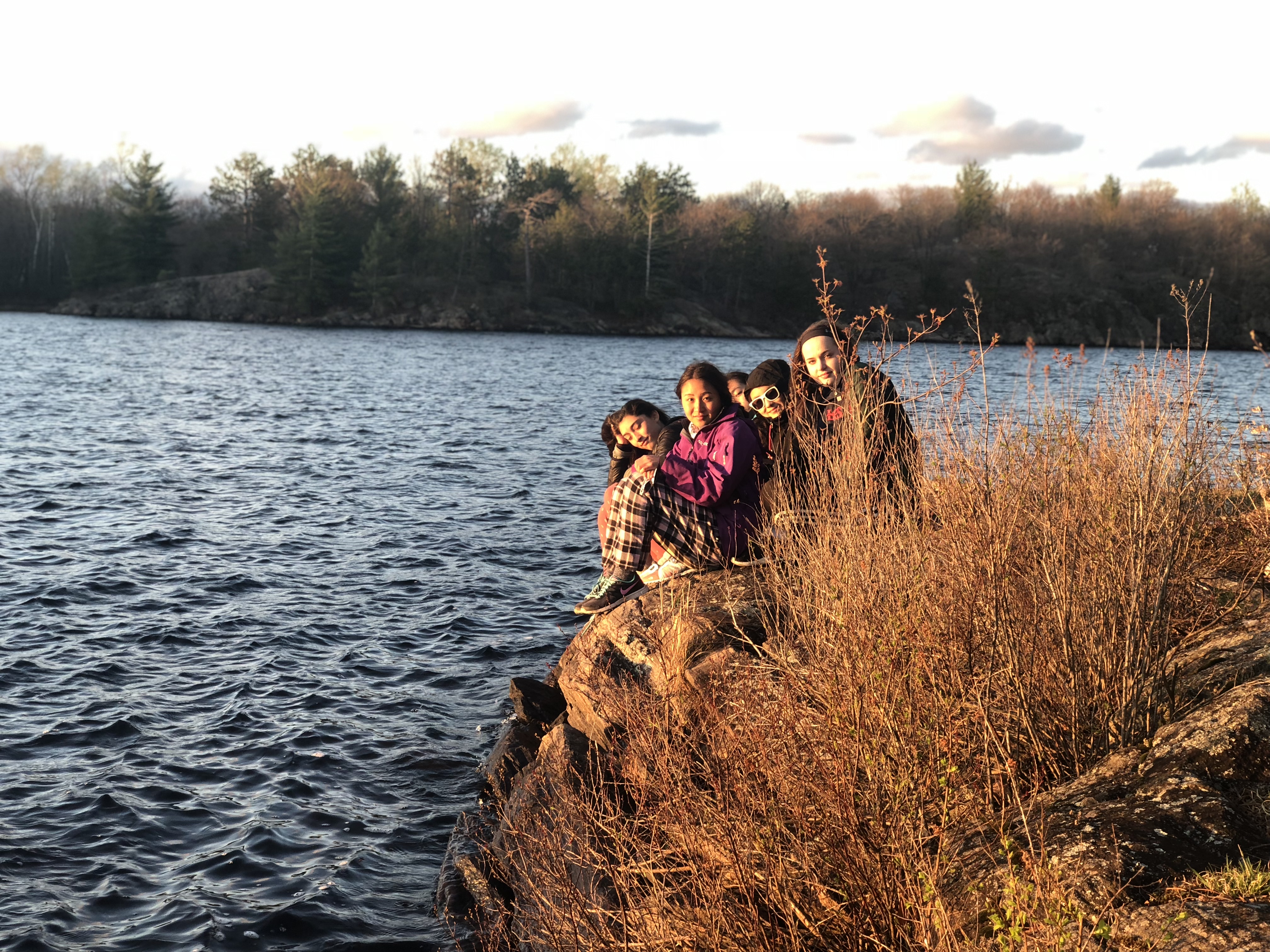 While half of the Grade 9 students went on the Kawartha Highlands trip, the other half remained at school and had their own integrated experiences. (The two groups then switched so that all students could do the trip.) At school, the students did a half-day of community service that fit seamlessly with their ecology unit in science. Working with the Otonabee Region Conservation Authority, they participated in the Yellow Fish Road project, where they learned about the deleterious effect pollutants that flow into storm drains have on fish and water. Afterwards, they created information leaflets and did a field trip into town where they painted yellow fish near storm drains. To explain their actions to the community, they hung their leaflets throughout the neighbourhood. This combined service/science activity allowed them to learn scientific facts about water pollution, take action on behalf of the environment, accumulate community service hours, be outdoors, practice written communication skills, and work collaboratively on a worthy endeavour.

Some of the tactics explored in the Grade 9 program this year were similarly tested in Grade 10. For example, Grade 10 biology teachers worked with the THRIVE program to teach students how proper sleep, nutrition, fresh air and exercise increased the health and functioning of an organ system. The biology class also worked with members of LEAF (Lakefield Environmental Action Force) in the vegetable gardens LEAF cultivated. Students learned how to grow microgreens and discovered not only how delicious they were—but what a nutritional punch those little sprouts packed.

The outdoors is a defining feature of Lakefield’s unique character, so integrating academics with nature can be a key element. It’s not unusual to see students in hip-waders searching for fish in Lake Katchewanooka to study in biology (and release later). Or measuring the diameter of maple trees to see if they can be tapped for syrup production. Or painting a landscape en plein air for art class. Lakefield students love the natural beauty that surrounds them, and teachers love having ready access to the outdoors to enhance learning whenever possible.

Integrating academic disciplines with nature and other real-world experiences creates truly authentic learning, and LCS intends to expand on it. Students become so engaged in the integrated experience, learning is no longer seen as a chore—it’s a joy. Quite likely, a joy they will seek for the rest of their lives.